There are so many photo galleries out there for joomla 1.6 that it can be a though choice to download the best one. The thing is that there is no best joomla photo gallery. There are a lot of good gallery extensions and in the end it comes down to personal preference. 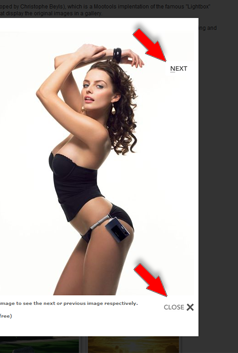 The best gallery plugin for Joomla 1.6 that I found is called Simple Image Gallery. This is one of the most downloaded extensions on the Joomla website. I’ve tested almost all joomla photo galleries and I found that this one is way better then all other ones. It opens the image in full screen and has “Next” and “Close” functions. It cannot get simpler than that.

How to install and use it:

First of all download it here. Install it in the “Extension Manager”. After installing it you will have to enable it in the Plugin Manager. Now write a new article or edit an existing one and enter this: {gallery}imagefoldername{/gallery} (for example if there is a folder called “cars” in your images folder  then simply add {gallery}cars{/gallery}. This will add all images from the “cars” folder into the gallery.)

However there is another one that looks nice, that I wanted to write a review about it. It’s called Ozio Gallery.

Even though I don’t use it on this website, I’ve heard a lot of good things about it. It was created by Joomla.it and it simply is a working 3d flash gallery.

Link to this site

Are you grateful for the free templates? Link to us with a footer link: Add the HTML Code